The Possessed Man in the Synagogue 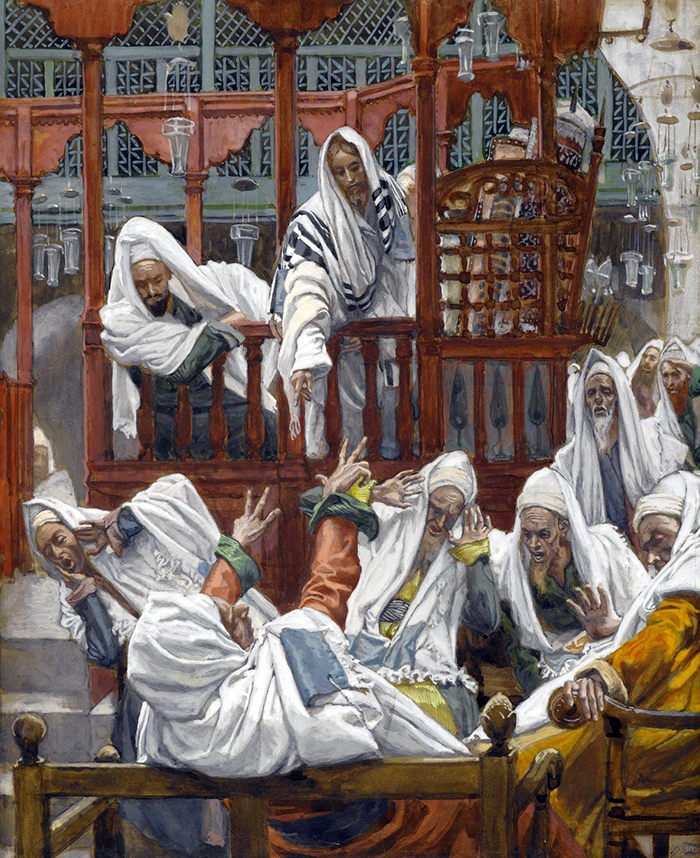 The Possessed Man in the Synagogue by James Tissot

Healing of a Demoniac

This young man was not possessed of an unclean spirit or demon; he was a victim of ordinary epilepsy. But he had been taught that his affliction was due to possession by an evil spirit. He believed this teaching and behaved accordingly in all that he thought or said concerning his ailment. The people all believed that such phenomena were directly caused by the presence of unclean spirits. Accordingly they believed that Jesus had cast a demon out of this man. But Jesus did not at that time cure his epilepsy. Not until later on that day, after sundown, was this man really healed. Long after the day of Pentecost the Apostle John, who was the last to write of Jesus’ doings, avoided all reference to these so-called acts of “casting out devils,” and this he did in view of the fact that such cases of demon possession never occurred after Pentecost. ~ The Urantia Book, 145:2.13