The Resurrection of the Widows Son at Nain by James Tissot 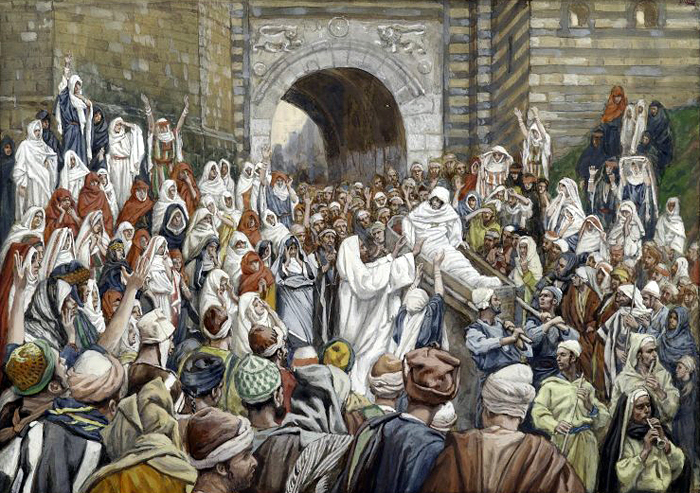 The Resurrection of the Widows Son at Nain by James Tissot

He Tried to Calm the Multitude

Jesus endeavored to calm the multitude and vainly tried to explain that the lad was not really dead, that he had not brought him back from the grave, but it was useless. The multitude which followed him, and the whole village of Nain, were aroused to the highest pitch of emotional frenzy. Fear seized many, panic others, while still others fell to praying and wailing over their sins. And it was not until long after nightfall that the clamoring multitude could be dispersed. And, of course, notwithstanding Jesus' statement that the boy was not dead, everyone insisted that a miracle had been wrought, even the dead raised. Although Jesus told them the boy was merely in a deep sleep, they explained that that was the manner of his speaking and called attention to the fact that he always in great modesty tried to hide his miracles. ~ The Urantia Book, 146:6.3