The woman taken in adultery by Alexandre Bida 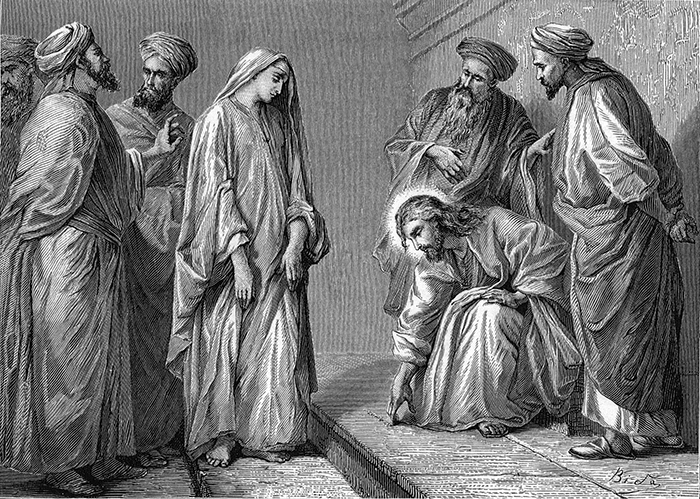 The woman taken in adultery by Alexandre Bida

He Betrayed His Own Wife

This woman, once comely, was the wife of an inferior citizen of Nazareth, a man who had been a troublemaker for Jesus throughout his youthful days. The man, having married this woman, did most shamefully force her to earn their living by making commerce of her body. He had come up to the feast at Jerusalem that his wife might thus prostitute her physical charms for financial gain. He had entered into a bargain with the hirelings of the Jewish rulers thus to betray his own wife in her commercialized vice. And so they came with the woman and her companion in transgression for the purpose of ensnaring Jesus into making some statement which could be used against him in case of his arrest. ~ The Urantia Book, 162:3.4