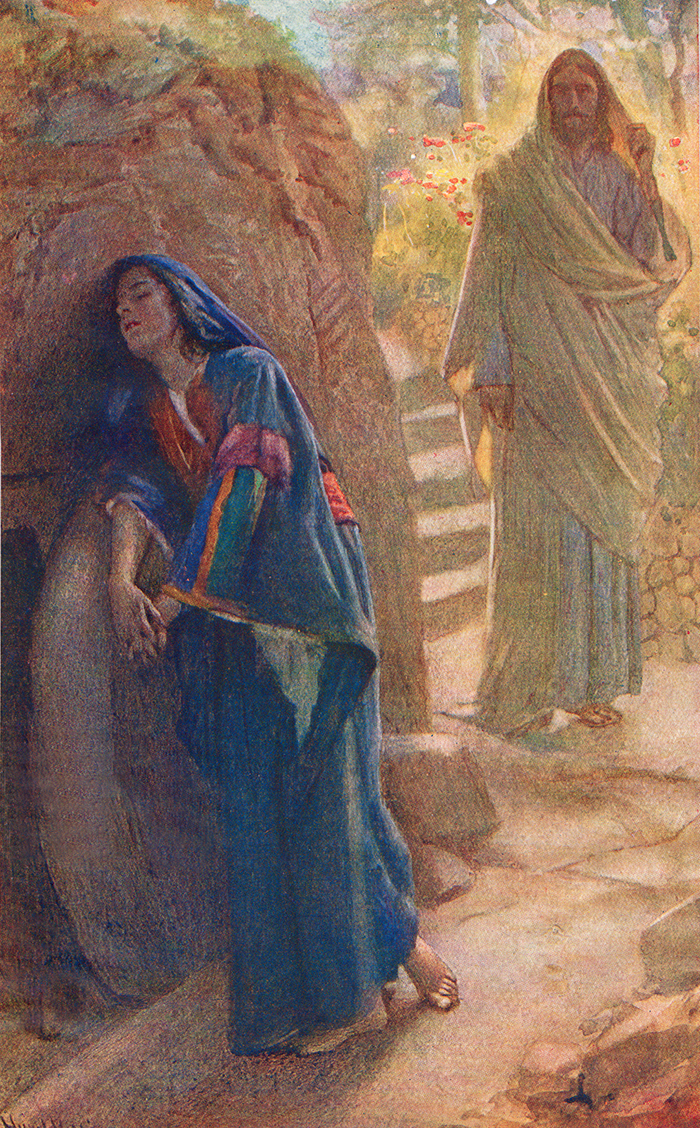 Have the courage to believe

As they came out of the tomb the second time, they found Mary Magdalene returned and weeping before the entrance. Mary had gone to the apostles believing that Jesus had risen from the grave, but when they all refused to believe her report, she became downcast and despairing. She longed to go back near the tomb, where she thought she had heard the familiar voice of Jesus.

As Mary lingered after Peter and John had gone, the Master again appeared to her, saying: “Be not doubting; have the courage to believe what you have seen and heard. Go back to my apostles and again tell them that I have risen, that I will appear to them, and that presently I will go before them into Galilee as I promised.” ~ The Urantia Book, 189:5.3