Jesus Teaches the People by the Sea 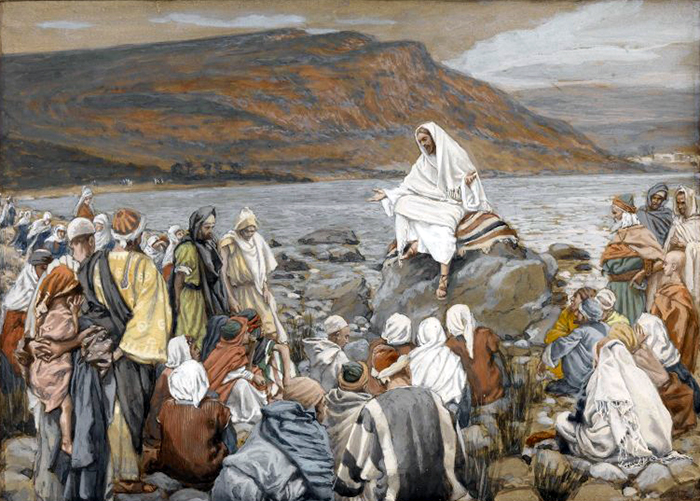 Jesus Teaches the People by the Sea by James Tissot

Go Now Forth to do the Work

Before the departure on this Sunday morning Andrew and Peter asked Jesus to give the final charge to the new evangelists, but the Master declined, saying that it was not his province to do those things which others could acceptably perform. After due deliberation it was decided that James Zebedee should administer the charge. At the conclusion of James’s remarks Jesus said to the evangelists: “Go now forth to do the work as you have been charged, and later on, when you have shown yourselves competent and faithful, I will ordain you to preach the gospel of the kingdom.” ~ The Urantia Book, 149:0.2