Christ Speaking to His Apostles by Georg Pencz 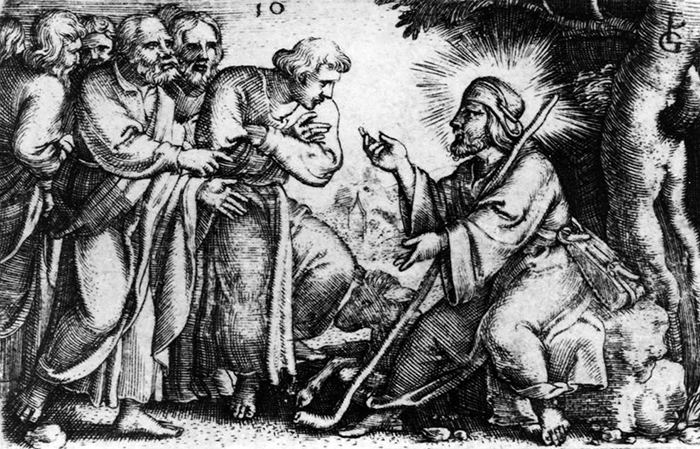 Christ Speaking to His Apostles by Georg Pencz

The night before they left Pella, Jesus gave the apostles some further instruction with regard to the new kingdom. Said the Master: "I declare that the kingdom of heaven is the realization and acknowledgment of God's rule within the hearts of men. True, there is a King in this kingdom, and that King is my Father and your Father. We are indeed his loyal subjects, but far transcending that fact is the transforming truth that we are his sons. In my life this truth is to become manifest to all. Our Father also sits upon a throne, but not one made with hands. The throne of the Infinite is the eternal dwelling place of the Father in the heaven of heavens; he fills all things and proclaims his laws to universes upon universes. And the Father also rules within the hearts of his children on earth by the spirit which he has sent to live within the souls of mortal men. ~ The Urantia Book, 141:2.1