Christ amongst the lepers by Carl Bloch 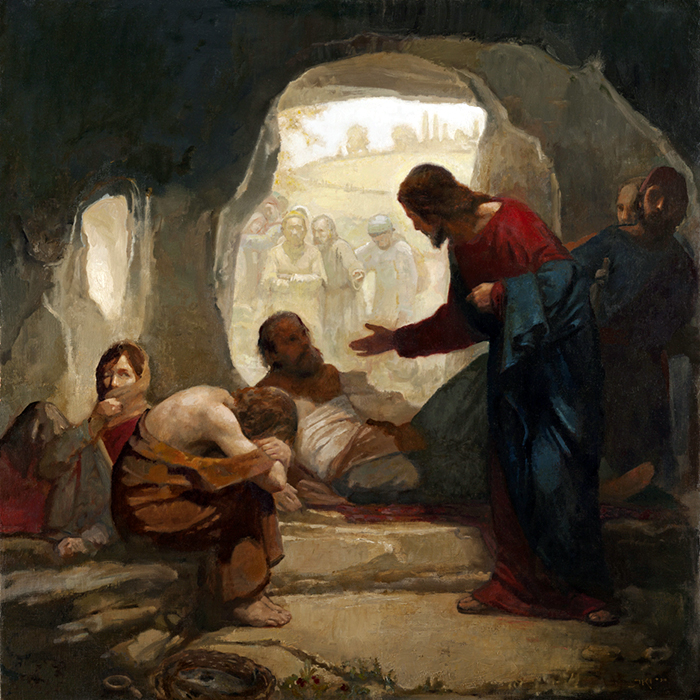 Christ amongst the lepers by Carl Bloch

Though all ten of these men really believed they had leprosy, only four were thus afflicted. The other six were cured of a skin disease which had been mistaken for leprosy. But the Samaritan really had leprosy.

Jesus enjoined the twelve to say nothing about the cleansing of the lepers, and as they went on into Amathus, he remarked: “You see how it is that the children of the house, even when they are insubordinate to their Father's will, take their blessings for granted. They think it a small matter if they neglect to give thanks when the Father bestows healing upon them, but the strangers, when they receive gifts from the head of the house, are filled with wonder and are constrained to give thanks in recognition of the good things bestowed upon them.” And still the apostles said nothing in reply to the Master's words. ~ The Urantia Book, 166:2.7