The woman who touched the hem of his garment 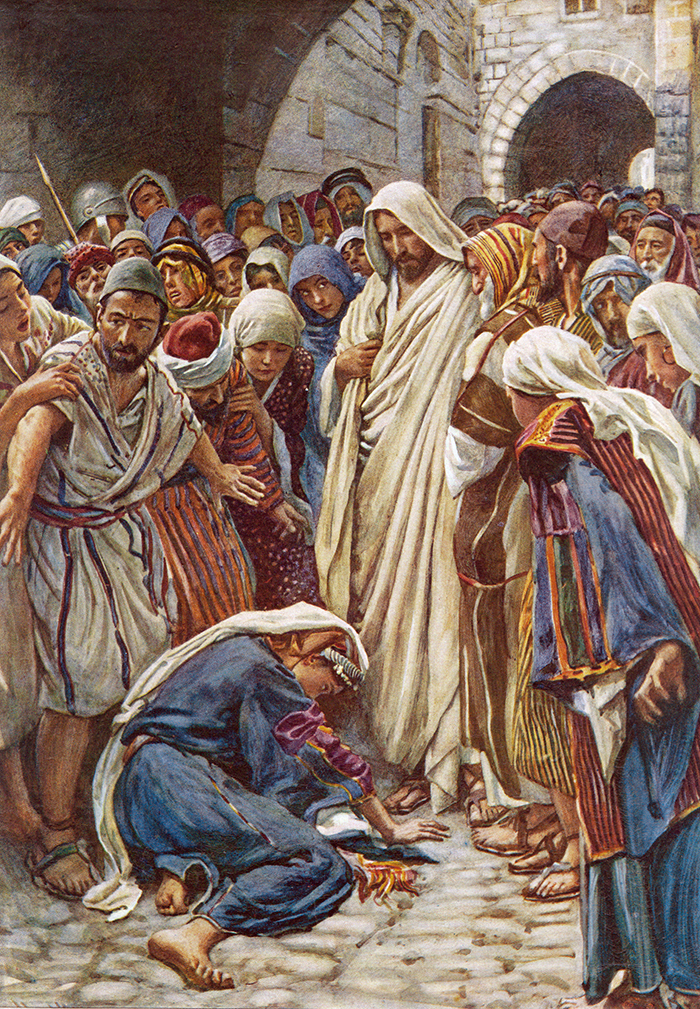 “Daughter, your faith has made you whole; go in peace.” It was her faith and not her touch that made her whole. And this case is a good illustration of many apparently miraculous cures which attended upon Jesus’ earth career, but which he in no sense consciously willed. The passing of time demonstrated that this woman was really cured of her malady. Her faith was of the sort that laid direct hold upon the creative power resident in the Master’s person. With the faith she had, it was only necessary to approach the Master’s person. It was not at all necessary to touch his garment; that was merely the superstitious part of her belief. Jesus called this woman, Veronica of Caesarea Philippi, into his presence to correct two errors which might have lingered in her mind, or which might have persisted in the minds of those who witnessed this healing: He did not want Veronica to go away thinking that her fear in attempting to steal her cure had been honored, or that her superstition in associating the touch of his garment with her healing had been effective. He desired all to know that it was her pure and living faith that had wrought the cure. ~ The Urantia Book, 152:0.3