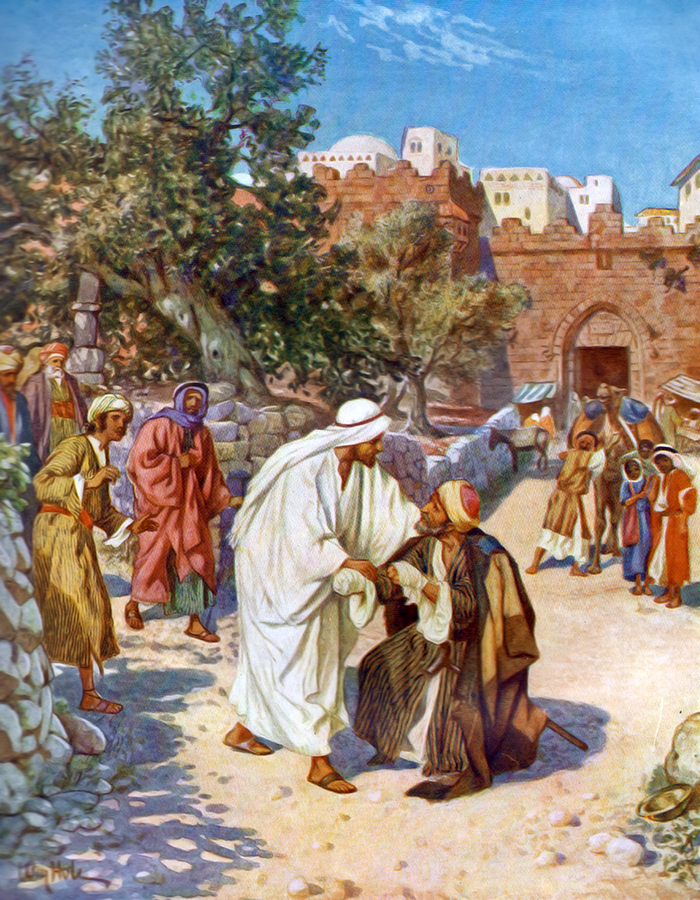 The Divine Mind was Moved by Compassion

Late on the afternoon of the third day at Iron, as Jesus was returning from the mines, he chanced to pass through a narrow side street on his way to his lodging place. As he drew near the squalid hovel of a certain leprous man, the afflicted one, having heard of his fame as a healer, made bold to accost him as he passed his door, saying as he knelt before him: “Lord, if only you would, you could make me clean. I have heard the message of your teachers, and I would enter the kingdom if I could be made clean.” And the leper spoke in this way because among the Jews lepers were forbidden even to attend the synagogue or otherwise engage in public worship. This man really believed that he could not be received into the coming kingdom unless he could find a cure for his leprosy. And when Jesus saw him in his affliction and heard his words of clinging faith, his human heart was touched, and the divine mind was moved with compassion. As Jesus looked upon him, the man fell upon his face and worshiped. Then the Master stretched forth his hand and, touching him, said: “I will—be clean.” And immediately he was healed; the leprosy no longer afflicted him. ~ The Urantia Book, 146:4.3