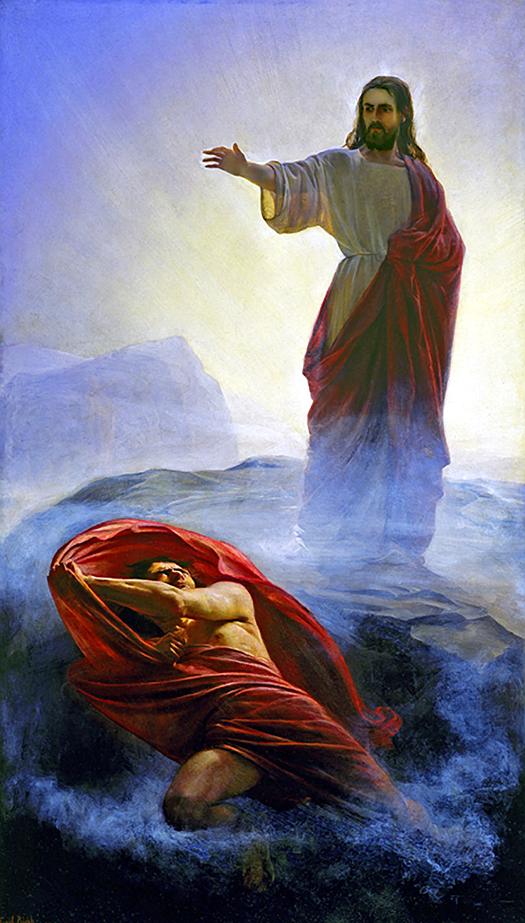 Near the end of the mountain sojourn Jesus asked his Father if he might be permitted to hold conference with his Satania enemies as the Son of Man, as Joshua ben Joseph. This request was granted. During the last week on Mount Hermon the great temptation, the universe trial, occurred. Satan (representing Lucifer ) and the rebellious Planetary Prince, Caligastia, were present with Jesus and were made fully visible to him. And this “temptation,” this final trial of human loyalty in the face of the misrepresentations of rebel personalities, had not to do with food, temple pinnacles, or presumptuous acts. It had not to do with the kingdoms of this world but with the sovereignty of a mighty and glorious universe. The symbolism of your records was intended for the backward ages of the world's childlike thought. And subsequent generations should understand what a great struggle the Son of Man passed through that eventful day on Mount Hermon. ~ The Urantia Book, 134:8.6