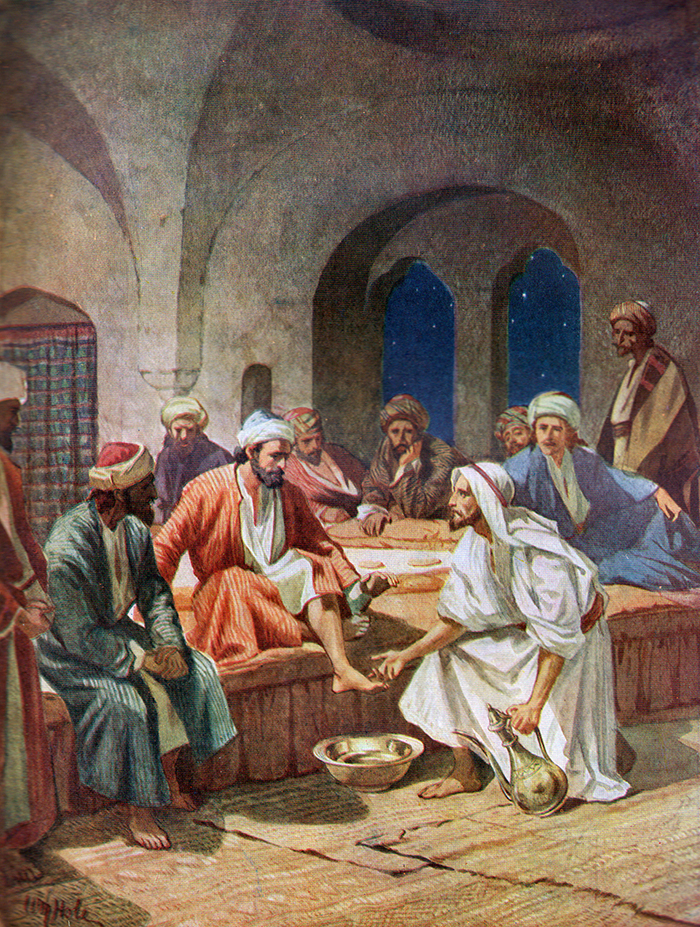 And their curiosity grew into astonishment as they saw the Master remove his outer garment, gird himself with a towel, and begin to pour water into one of the foot basins. Imagine the amazement of these twelve men, who had so recently refused to wash one another’s feet, and who had engaged in such unseemly disputes about positions of honor at the table, when they saw him make his way around the unoccupied end of the table to the lowest seat of the feast, where Simon Peter reclined, and, kneeling down in the attitude of a servant, make ready to wash Simon’s feet. As the Master knelt, all twelve arose as one man to their feet; even the traitorous Judas so far forgot his infamy for a moment as to arise with his fellow apostles in this expression of surprise, respect, and utter amazement. ~ The Urantia Book, 179:3.1