The Resurrection (detail) by Carl Hansen 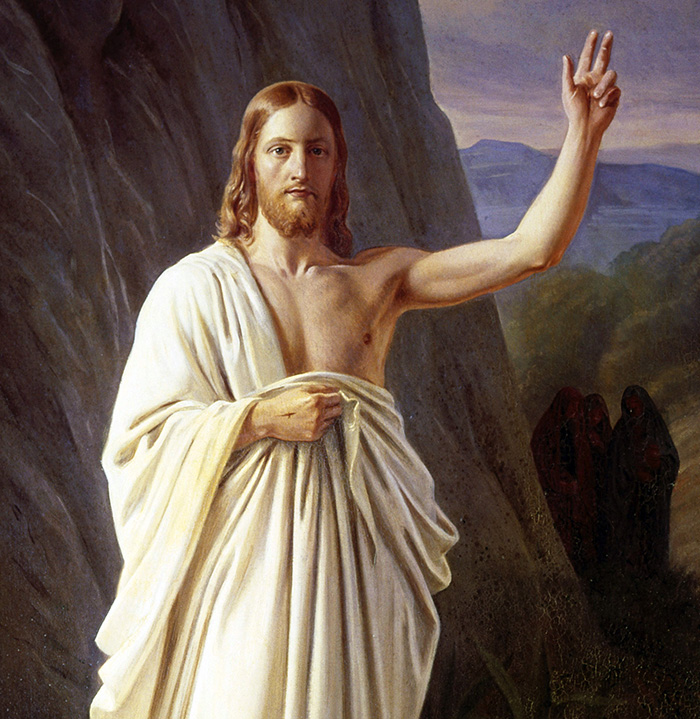 The Resurrection (detail) by Carl Hansen

Clarifying Concepts of the Resurrection

Let us forever clarify the concept of the resurrection of Jesus by making the following statements:

1. His material or physical body was not a part of the resurrected personality. When Jesus came forth from the tomb, his body of flesh remained undisturbed in the sepulchre. He emerged from the burial tomb without moving the stones before the entrance and without disturbing the seals of Pilate.

2. He did not emerge from the tomb as a spirit nor as Michael of Nebadon; he did not appear in the form of the Creator Sovereign, such as he had had before his incarnation in the likeness of mortal flesh on Urantia.

3. He did come forth from this tomb of Joseph in the very likeness of the morontia personalities of those who, as resurrected morontia ascendant beings, emerge from the resurrection halls of the first mansion world of this local system of Satania. And the presence of the Michael memorial in the center of the vast court of the resurrection halls of mansonia number one leads us to conjecture that the Master’s resurrection on Urantia was in some way fostered on this, the first of the system mansion worlds. ~ The Urantia Book, 189:1.6