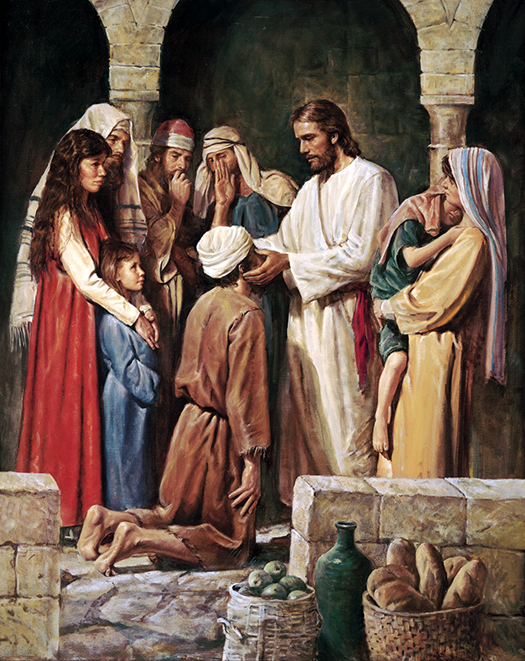 A Man Blind Since Birth

Late on the afternoon of Thursday, March 30, Jesus and his apostles, at the head of a band of about two hundred followers, approached the walls of Jericho. As they came near the gate of the city, they encountered a throng of beggars, among them one Bartimeus, an elderly man who had been blind from his youth. This blind beggar had heard much about Jesus and knew all about his healing of the blind Josiah at Jerusalem. He had not known of Jesus' last visit to Jericho until he had gone on to Bethany. Bartimeus had resolved that he would never again allow Jesus to visit Jericho without appealing to him for the restoration of his sight. ~ The Urantia Book, 171:5.1