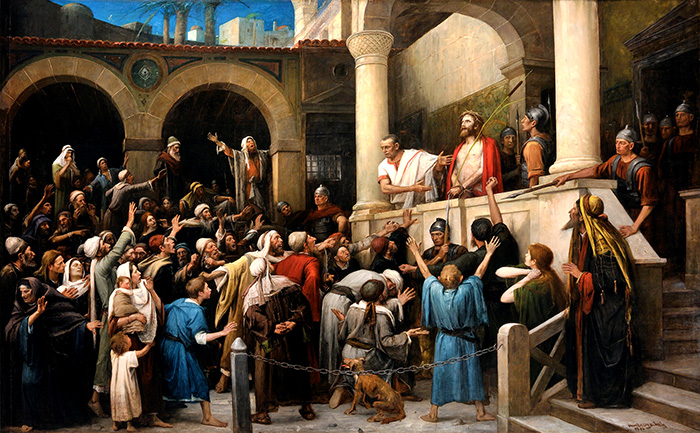 Pilate spoke more truly than he knew when, after Jesus had been scourged, he presented him before the multitude, exclaiming, “Behold the man!” Indeed, the fear-ridden Roman governor little dreamed that at just that moment the universe stood at attention, gazing upon this unique scene of its beloved Sovereign thus subjected in humiliation to the taunts and blows of his darkened and degraded mortal subjects. And as Pilate spoke, there echoed throughout all Nebadon, “Behold God and man!” Throughout a universe, untold millions have ever since that day continued to behold that man, while the God of Havona, the supreme ruler of the universe of universes, accepts the man of Nazareth as the satisfaction of the ideal of the mortal creatures of this local universe of time and space. In his matchless life he never failed to reveal God to man. Now, in these final episodes of his mortal career and in his subsequent death, he made a new and touching revelation of man to God. ~ The Urantia Book, 186:2.11