He calls Peter and Andrew by Harold Copping 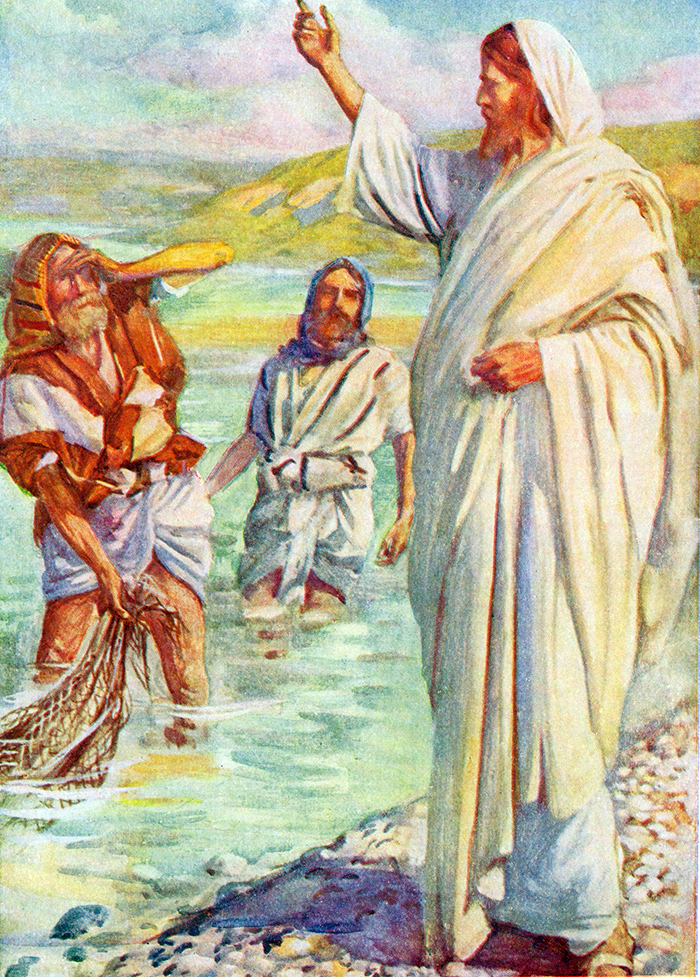 He calls Peter and Andrew by Harold Copping

Andrew and His Brother, Simon

Andrew said: “I have observed you ever since you came to Capernaum, and I believe you are the new Teacher, and though I do not understand all your teaching, I have fully made up my mind to follow you; I would sit at your feet and learn the whole truth about the new kingdom.” And Jesus, with hearty assurance, welcomed Andrew as the first of his apostles, that group of twelve who were to labor with him in the work of establishing the new kingdom of God in the hearts of men.

Soon after Jesus and Andrew returned to the camp, Andrew sought out his brother, Simon, and taking him aside, informed him that he had settled in his own mind that Jesus was the great Teacher, and that he had pledged himself as a disciple. ... Then Andrew beckoned to Jesus to draw aside while he announced that his brother desired to join himself to the service of the new kingdom. And in welcoming Simon as his second apostle, Jesus said: “ Simon, your enthusiasm is commendable, but it is dangerous to the work of the kingdom. I admonish you to become more thoughtful in your speech. I would change your name to Peter.” ~ The Urantia Book, 137:1.1