The Scourging Of The Back by James Tissot 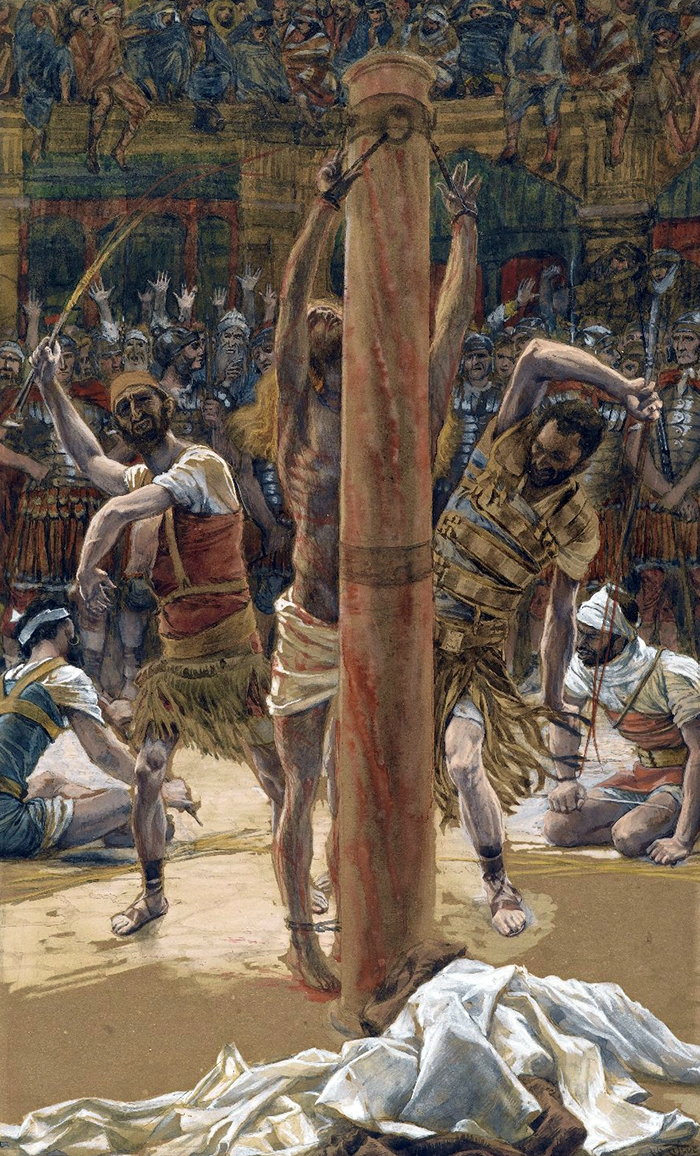 The Scourging Of The Back by James Tissot

Pilate would make one last appeal to their pity. Being afraid to defy the clamor of this misled mob who cried for the blood of Jesus, he ordered the Jewish guards and the Roman soldiers to take Jesus and scourge him. This was in itself an unjust and illegal procedure since the Roman law provided that only those condemned to die by crucifixion should be thus subjected to scourging. The guards took Jesus into the open courtyard of the praetorium for this ordeal. Though his enemies did not witness this scourging, Pilate did, and before they had finished this wicked abuse, he directed the scourgers to desist and indicated that Jesus should be brought to him. ~ The Urantia Book, 185:6.2