He Did No Miracles But He Healed Them 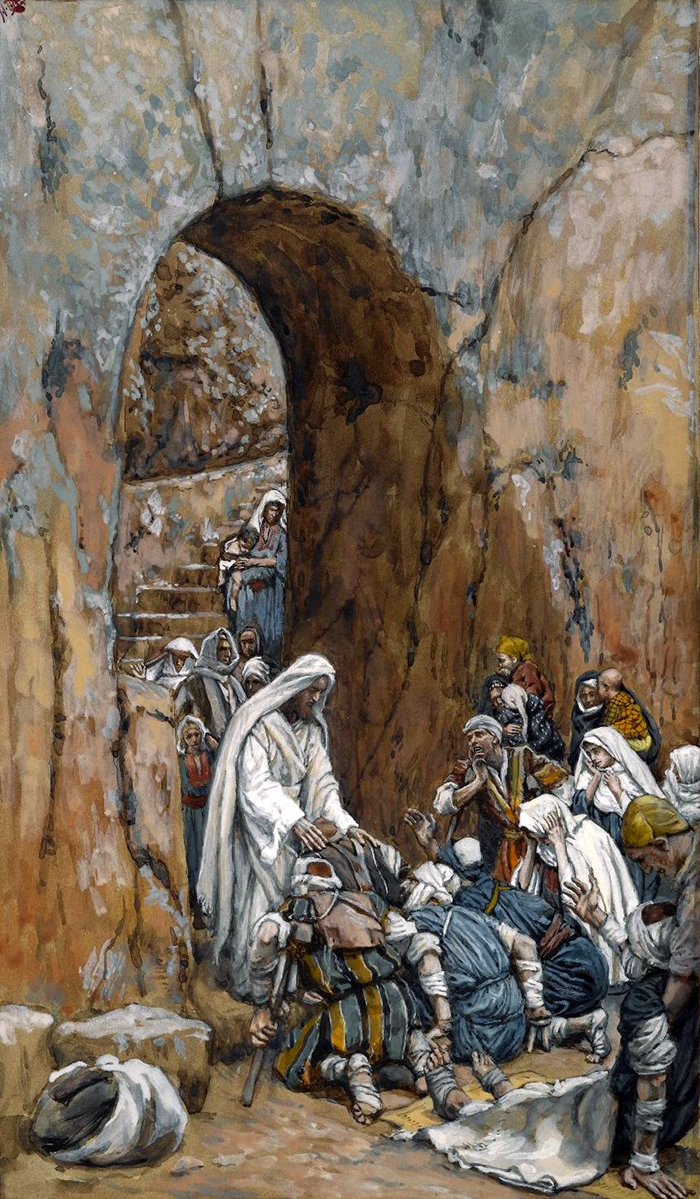 He Did No Miracles But He Healed Them by James Tissot

An Act of Creative Energy

But of all the beings who were astonished at this sudden and unexpected outbreak of supernatural healing, Jesus was the most surprised. In a moment when his human interests and sympathies were focused upon the scene of suffering and affliction there spread out before him, he neglected to bear in his human mind the admonitory warnings of his Personalized Adjuster regarding the impossibility of limiting the time element of the creator prerogatives of a Creator Son under certain conditions and in certain circumstances. Jesus desired to see these suffering mortals made whole if his Father’s will would not thereby be violated. The Personalized Adjuster of Jesus instantly ruled that such an act of creative energy at that time would not transgress the will of the Paradise Father, and by such a decision—in view of Jesus’ preceding expression of healing desire—the creative act was. What a Creator Son desires and his Father wills IS. Not in all of Jesus’ subsequent earth life did another such en masse physical healing of mortals take place. ~ The Urantia Book, 145:3.11