A Woman Anoints The Feet Of Jesus 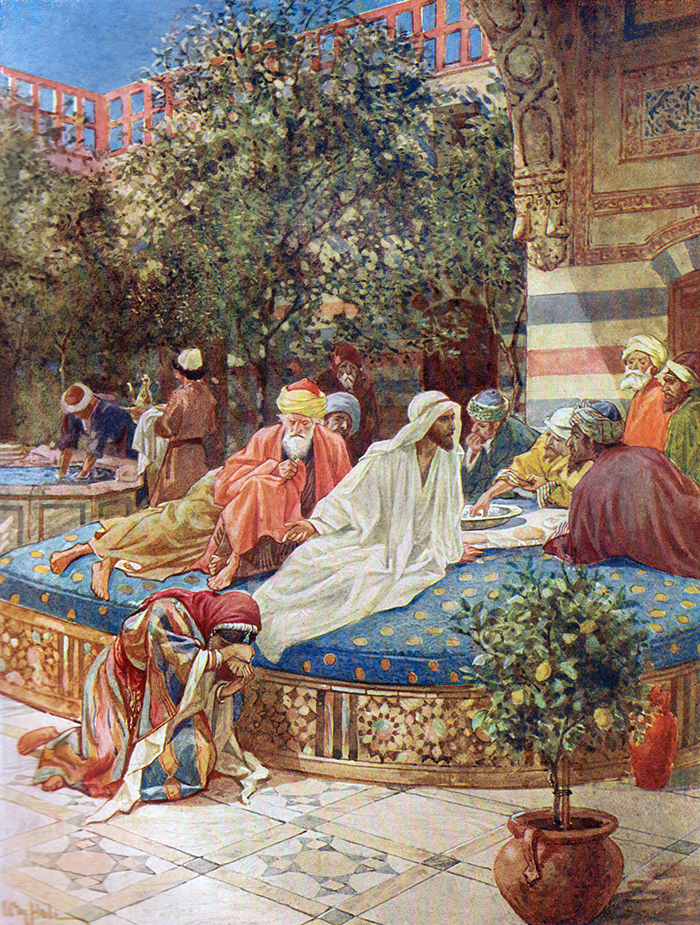 A Woman Anoints The Feet Of Jesus by William Hole

A Soul in Progressive Motion

“This transformed woman whom some of you saw at Simon’s house today is, at this moment, living on a level which is vastly below that of Simon and his well-meaning associates; but while these Pharisees are occupied with the false progress of the illusion of traversing deceptive circles of meaningless ceremonial services, this woman has, in dead earnest, started out on the long and eventful search for God, and her path toward heaven is not blocked by spiritual pride and moral self-satisfaction. The woman is, humanly speaking, much farther away from God than Simon, but her soul is in progressive motion; she is on the way toward an eternal goal. There are present in this woman tremendous spiritual possibilities for the future. Some of you may not stand high in actual levels of soul and spirit, but you are making daily progress on the living way opened up, through faith, to God. There are tremendous possibilities in each of you for the future. Better by far to have a small but living and growing faith than to be possessed of a great intellect with its dead stores of worldly wisdom and spiritual unbelief.” ~ The Urantia Book, 147:5.8