Jesus Preaches In The Synagogue 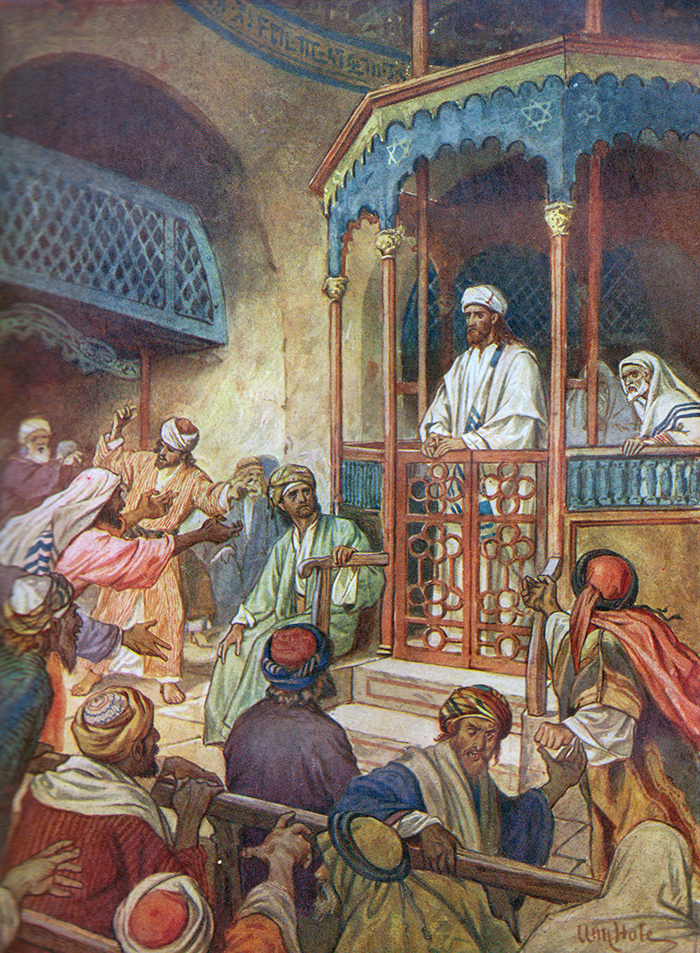 Jesus Preaches In The Synagogue by William Hole

Jesus’ first public appearance following his baptism was in the Capernaum synagogue on Sabbath, March 2, A.D. 26. The synagogue was crowded to overflowing. The story of the baptism in the Jordan was now augmented by the fresh news from Cana about the water and the wine. Jesus gave seats of honor to his six apostles, and seated with them were his brothers in the flesh James and Jude. His mother, having returned to Capernaum with James the evening before, was also present, being seated in the women’s section of the synagogue.The entire audience was on edge; they expected to behold some extraordinary manifestation of supernatural power which would be a fitting testimony to the nature and authority of him who was that day to speak to them. But they were destined to disappointment. ~ The Urantia Book, 137:6.1