Flight Into Egypt by Girardet Eugene 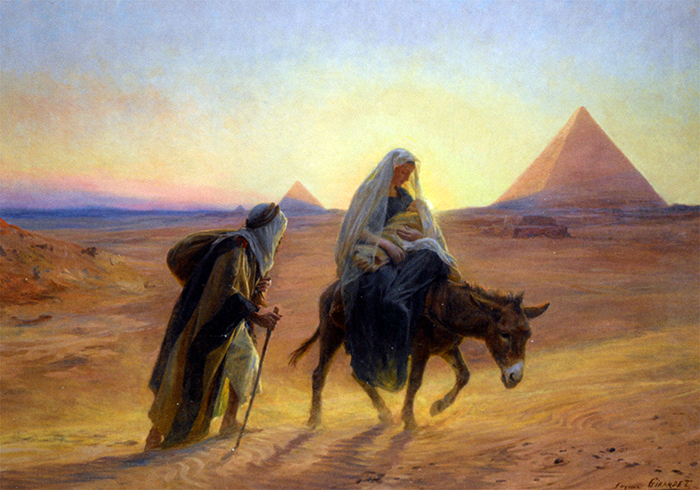 Flight Into Egypt by Girardet Eugene

A Most Precarious Step

We then not only realized that our Creator and friend was taking the most precarious step in all his career, apparently risking his position and authority on this bestowal as a helpless infant, but we also understood that his experience in this final and mortal bestowal would eternally enthrone him as the undisputed and supreme sovereign of the universe of Nebadon. For a third of a century of earth time all eyes in all parts of this local universe were focused on Urantia. All intelligences realized that the last bestowal was in progress, and as we had long known of the Lucifer rebellion in Satania and of the Caligastia disaffection on Urantia, we well understood the intensity of the struggle which would ensue when our ruler condescended to incarnate on Urantia in the humble form and likeness of mortal flesh. ~ The Urantia Book, 119:7.4