Jesus For The Second Time Before Pilate by James Tissot 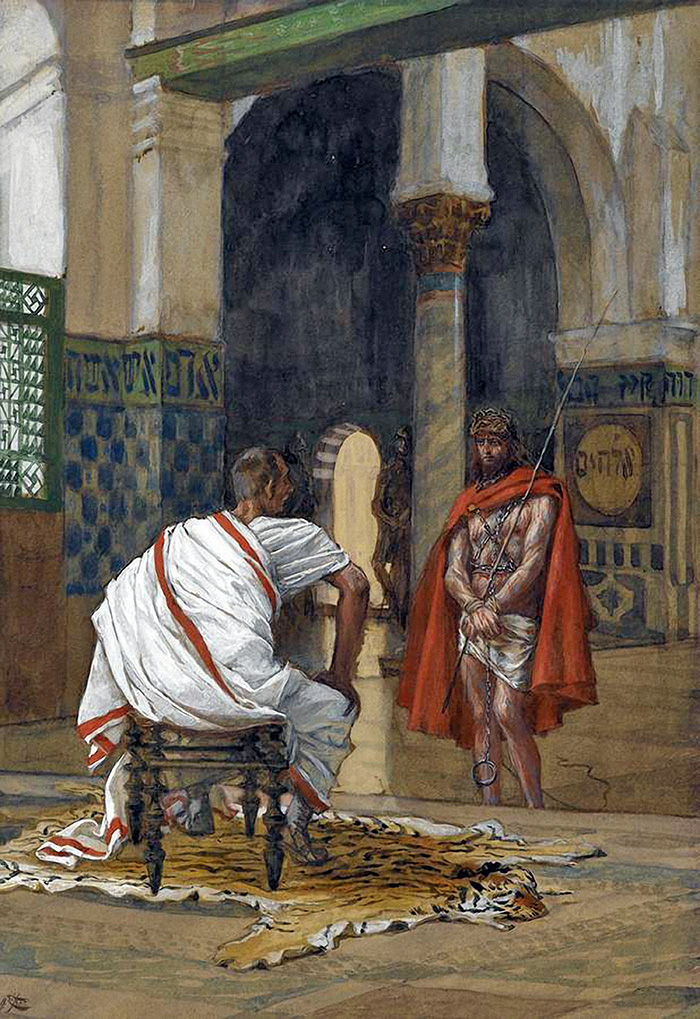 Jesus For The Second Time Before Pilate by James Tissot

As Pilate, trembling with fearful emotion, sat down by the side of Jesus, he inquired: "Where do you come from? Really, who are you? What is this they say, that you are the Son of God?"

But Jesus could hardly answer such questions when asked by a man-fearing, weak, and vacillating judge who was so unjust as to subject him to flogging even when he had declared him innocent of all crime, and before he had been duly sentenced to die. Jesus looked Pilate straight in the face, but he did not answer him. Then said Pilate: "Do you refuse to speak to me? Do you not realize that I still have power to release you or to crucify you?" Then said Jesus: "You could have no power over me except it were permitted from above. You could exercise no authority over the Son of Man unless the Father in heaven allowed it. But you are not so guilty since you are ignorant of the gospel. He who betrayed me and he who delivered me to you, they have the greater sin."

This last talk with Jesus thoroughly frightened Pilate. This moral coward and judicial weakling now labored under the double weight of the superstitious fear of Jesus and mortal dread of the Jewish leaders. ~ The Urantia Book, 185:7.1