The Miracle of the Loaves and Fishes by Édouard Louis Dubufe 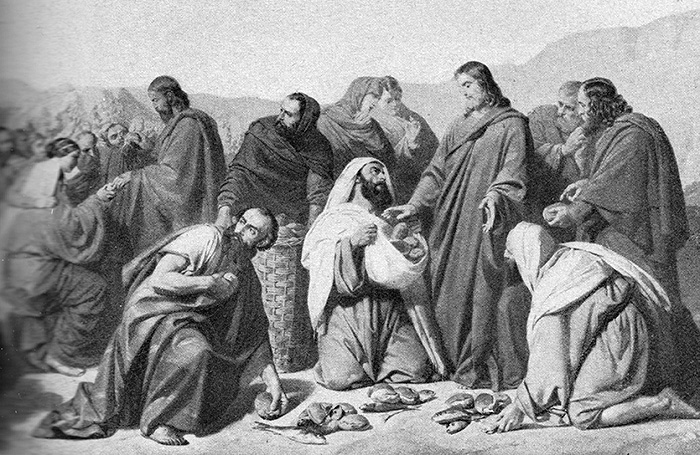 The Miracle of the Loaves and Fishes by Édouard Louis Dubufe

Jesus took up the loaves in his hands, and after he had given thanks, he broke the bread and gave to his apostles, who passed it on to their associates, who in turn carried it to the multitude. Jesus in like manner broke and distributed the fishes. And this multitude did eat and were filled. And when they had finished eating, Jesus said to the disciples: “Gather up the broken pieces that remain over so that nothing will be lost.” And when they had finished gathering up the fragments, they had twelve basketfuls. They who ate of this extraordinary feast numbered about five thousand men, women, and children.

And this is the first and only nature miracle which Jesus performed as a result of his conscious preplanning. It is true that his disciples were disposed to call many things miracles which were not, but this was a genuine supernatural ministration. In this case, so we were taught, Michael multiplied food elements as he always does except for the elimination of the time factor and the visible life channel. ~ The Urantia Book, 152:2.9