The Burial of Joseph by Russ Docken 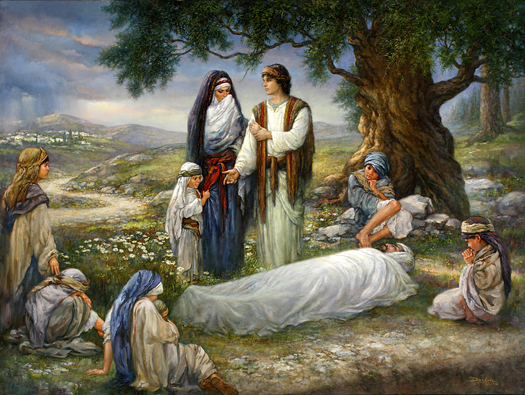 The Burial of Joseph by Russ Docken

The Burial of Joseph

All did go well until that fateful day of Tuesday, September 25, when a runner from Sepphoris brought to this Nazareth home the tragic news that Joseph had been severely injured by the falling of a derrick while at work on the governor’s residence. The messenger from Sepphoris had stopped at the shop on the way to Joseph’s home, informing Jesus of his father’s accident, and they went together to the house to break the sad news to Mary. Jesus desired to go immediately to his father, but Mary would hear to nothing but that she must hasten to her husband’s side. She directed that James, then ten years of age, should accompany her to Sepphoris while Jesus remained home with the younger children until she should return, as she did not know how seriously Joseph had been injured. But Joseph died of his injuries before Mary arrived. They brought him to Nazareth, and on the following day he was laid to rest with his fathers. ~ The Urantia Book, (1388.1) 126:2.1