Son of Man, Son of God 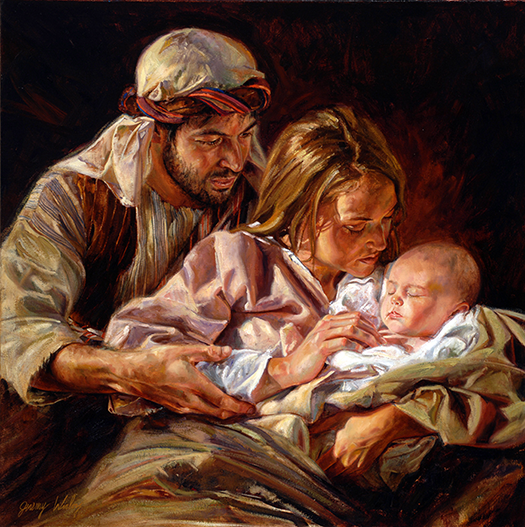 Son of Man, Son of God by Jeremy Winborg

Son of Man, Son of God

All that night Mary was restless so that neither of them slept much. By the break of day the pangs of childbirth were well in evidence, and at noon, August 21, 7 B.C., with the help and kind ministrations of women fellow travelers, Mary was delivered of a male child. Jesus of Nazareth was born into the world, was wrapped in the clothes which Mary had brought along for such a possible contingency, and laid in a near-by manger.

In just the same manner as all babies before that day and since have come into the world, the promised child was born; and on the eighth day, according to the Jewish practice, he was circumcised and formally named Joshua (Jesus). ~ The Urantia Book, 122:8.1