My hour has come by Russ Docken 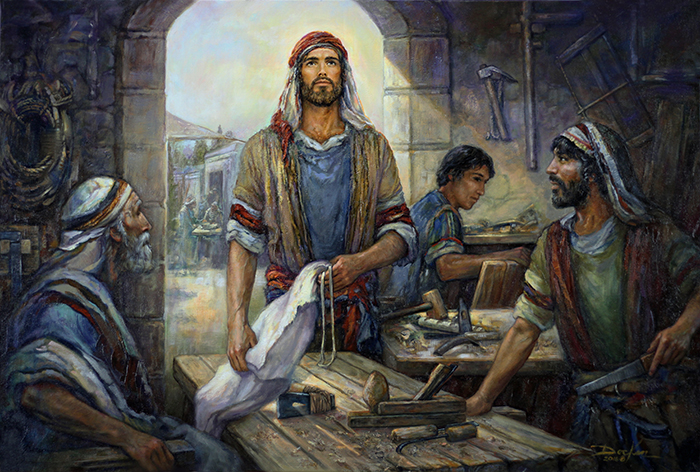 My hour has come by Russ Docken

My Hour Has Come

Jesus’ brothers James and Jude had talked about going down to John for baptism; and now that Jude had come over to Capernaum for the Sabbath services, both he and James, after listening to Jesus’ discourse in the synagogue, decided to take counsel with him concerning their plans. This was on Saturday night, January 12, A.D. 26. Jesus requested that they postpone the discussion until the following day, when he would give them his answer. He slept very little that night, being in close communion with the Father in heaven. He had arranged to have noontime lunch with his brothers and to advise them concerning baptism by John. That Sunday morning Jesus was working as usual in the boatshop. James and Jude had arrived with the lunch and were waiting in the lumber room for him, as it was not yet time for the midday recess, and they knew that Jesus was very regular about such matters.

“Just before the noon rest, Jesus laid down his tools, removed his work apron, and merely announced to the three workmen in the room with him, ‘My hour has come.’ He went out to his brothers James and Jude, repeating, ‘My hour has come—let us go to John.’ And they started immediately for Pella, eating their lunch as they journeyed. This was on Sunday, January 13. They tarried for the night in the Jordan valley and arrived on the scene of John’s baptizing about noon of the next day. ~ The Urantia Book, 135:8.1