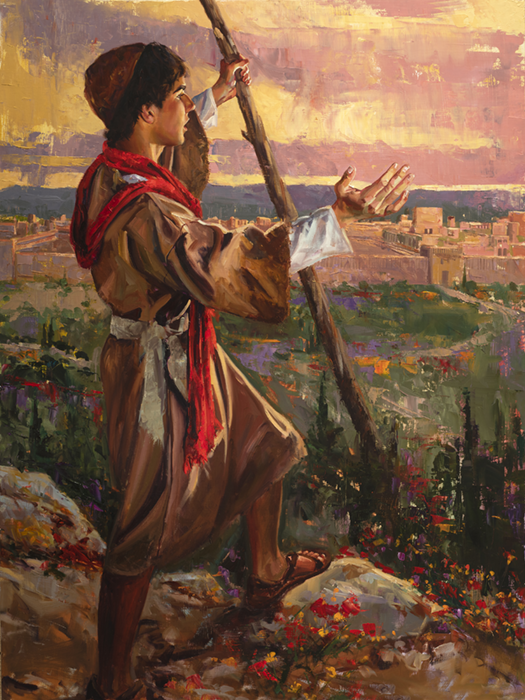 In silence they started out, arriving at Jericho for the night. Only once did they pause, and that on the brow of Olivet, when the lad raised his staff aloft and, quivering from head to foot under the surging of intense emotion, said: “O Jerusalem, Jerusalem, and the people thereof, what slaves you are—subservient to the Roman yoke and victims of your own traditions—but I will return to cleanse yonder temple and deliver my people from this bondage!”

On the three days’ journey to Nazareth Jesus said little; neither did his parents say much in his presence. They were truly at a loss to understand the conduct of their first-born son, but they did treasure in their hearts his sayings, even though they could not fully comprehend their meanings. ~ The Urantia Book, 125:6.9