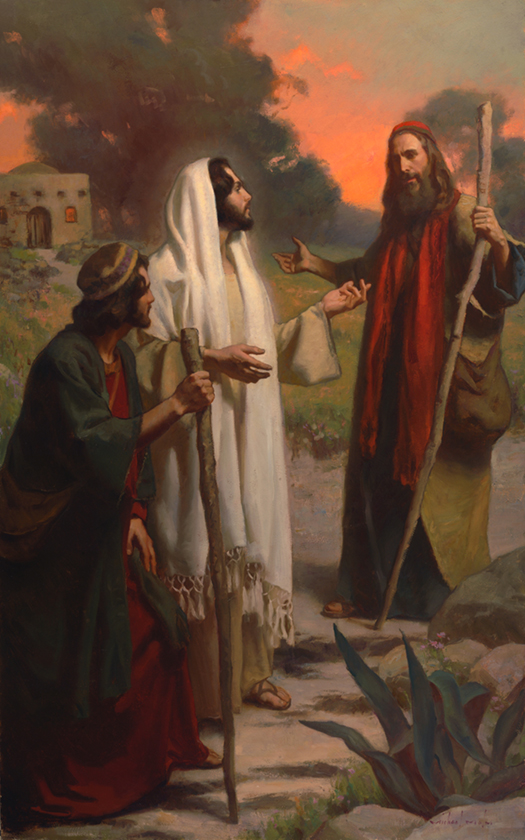 Appearance to the Two Brothers From Emmaus

After walking a short way with them, Jesus said: "What were the words you exchanged so earnestly as I came upon you?" And when Jesus had spoken, they stood still and viewed him with sad surprise. Said Cleopas: "Can it be that you sojourn in Jerusalem and know not the things which have recently happened?" Then asked the Master, "What things?" Cleopas replied: "If you do not know about these matters, you are the only one in Jerusalem who has not heard these rumors concerning Jesus of Nazareth, who was a prophet mighty in word and in deed before God and all the people. The chief priests and our rulers delivered him up to the Romans and demanded that they crucify him. Now many of us had hoped that it was he who would deliver Israel from the yoke of the gentiles. But that is not all. It is now the third day since he was crucified, and certain women have this day amazed us by declaring that very early this morning they went to his tomb and found it empty. And these same women insist that they talked with this man; they maintain that he has risen from the dead. And when the women reported this to the men, two of his apostles ran to the tomb and likewise found it empty"—and here Jacob interrupted his brother to say, "but they did not see Jesus." ~ The Urantia Book,190:5.3