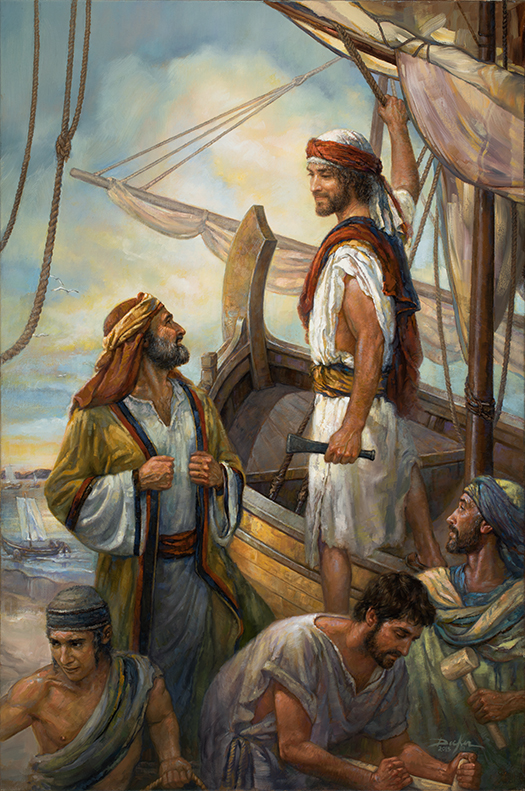 The Master Boatbuilder by Russ Docken

Jesus worked with Zebedee only a little more than one year, but during that time he created a new style of boat and established entirely new methods of boatmaking. By superior technique and greatly improved methods of steaming the boards, Jesus and Zebedee began to build boats of a very superior type, craft which were far more safe for sailing the lake than were the older types. For several years Zebedee had more work, turning out these new-style boats, than his small establishment could handle; in less than five years practically all the craft on the lake had been built in the shop of Zebedee at Capernaum. Jesus became well known to the Galilean fisherfolk as the designer of the new boats. The Urantia Book 129:1.3