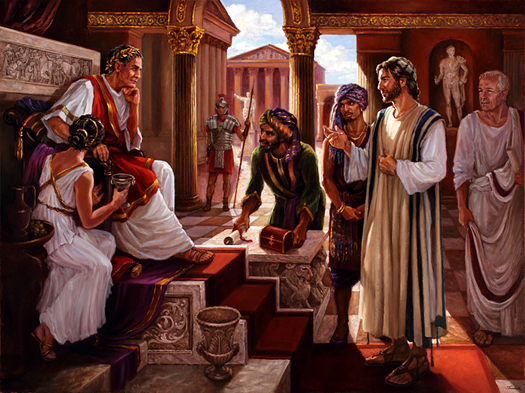 Since Gonod carried greetings from the princes of India to Tiberius, the Roman ruler, on the third day after their arrival in Rome the two Indians and Jesus appeared before him. The morose emperor was unusually cheerful on this day and chatted long with the trio. And when they had gone from his presence, the emperor, referring to Jesus, remarked to the aide standing on his right, “If I had that fellow’s kingly bearing and gracious manner, I would be a real emperor, eh?”