Jesus falling down the steps by Slawa Radziszewska 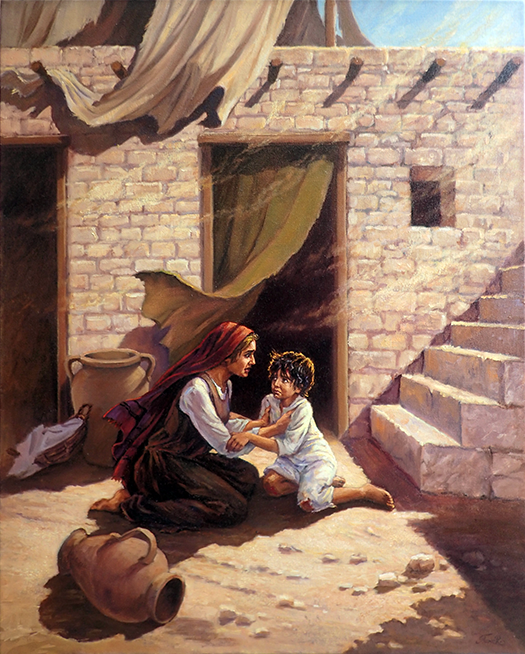 Jesus falling down the steps by Slawa Radziszewska

Jesus Has an Accident

The only real accident Jesus had up to this time was a fall down the back-yard stone stairs which led up to the canvas-roofed bedroom. It happened during an unexpected July sandstorm from the east. The hot winds, carrying blasts of fine sand, usually blew during the rainy season, especially in March and April. It was extraordinary to have such a storm in July. When the storm came up, Jesus was on the housetop playing, as was his habit, for during much of the dry season this was his accustomed playroom. He was blinded by the sand when descending the stairs and fell. After this accident Joseph built a balustrade up both sides of the stairway.

There was no way in which this accident could have been prevented ... But this slight accident, occurring while Joseph was absent in Endor, caused such great anxiety to develop in Mary's mind that she unwisely tried to keep Jesus very close to her side for some months. ~ The Urantia Book, (123:4.5)