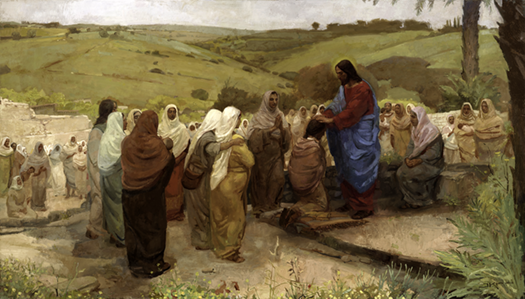 The Emancipation Proclamation for Women

It was most astounding in that day, when women were not even allowed on the main floor of the synagogue (being confined to the women’s gallery), to behold them being recognized as authorized teachers of the new gospel of the kingdom. The charge which Jesus gave these ten women as he set them apart for gospel teaching and ministry was the emancipation proclamation which set free all women and for all time; no more was man to look upon woman as his spiritual inferior. This was a decided shock to even the twelve apostles. Notwithstanding they had many times heard the Master say that “in the kingdom of heaven there is neither rich nor poor, free nor bond, male nor female, all are equally the sons and daughters of God,” they were literally stunned when he proposed formally to commission these ten women as religious teachers and even to permit their traveling about with them. ~ The Urantia Book, 150:1.3