Charts of The Gardens of Eden

Switch to full style
An open forum for general discussions of a spiritual nature where guests and readers entertain the teachings of The Urantia Book.
Post a reply
rick warren

Charts of The Gardens of Eden

TB Friends, these are the latest drafts. Feedback welcome.

i think the wall between the two rivers was in the diyarbakir, turkey area
rick warren

Makalu wrote:i think the wall between the two rivers was in the diyarbakir, turkey area

Maybe, Makalu. I thought so too, in the beginning. But most readers (on another, 7000 member U-forum), think it is the pinch point down south. It's true, it would be hard to hold and defend the whole Euphrates valley, about a thousand miles long, and 300 miles at the widest, if we put the wall on the northern pinch point.
Makalu

Makalu wrote:yeah maybe but i think the lower valley was inhabited by friendly elamite nodites

Hmmm....could be, but Solonia said: When word had reached the dwellers in the land of the second garden that the king and high priest of the Garden of Eden was marching on them, they had fled in haste to the eastern mountains. Adam found all of the desired territory vacated when he arrived. And here in this new location Adam and his helpers set themselves to work to build new homes and establish a new center of culture and religion.... 76:1.2 (847.4)
Makalu

unless i'm not seeing it, all i take from that is there was mountains east of the site which could fit either location and they didn't have to defend that front from that group of people who were scared of them...and there was another group of friendly nodites to the east...ish lol. so not really necessary to defend all borders. the central, northern nodites were the most antagonistic IIRC. i have issues with a 56 mile wall to span that lower gap even accounting for ancient channels. i think whoever built gobekli tepe and the majority of the domestication of plants and animals thats been traced points to turkey
rick warren

I hear ya, Makalu. And I debated this and other given facts with several knowledgeable readers. They pointed out that it wouldn't take almost a year to travel to the nearest part of the valley, only a hundred or so miles. Also they noted that Sumeria, Babylon, have the greatest concentration of population, presumably a reflection of the original.

well the distance between the coast and either site could be done well short of a year by a nomadic group...and we don't know what might have slowed them down besides just distance. according to the papers the ancestors of the sumerians were nodite and became predominantly andite about 30,000 years after the second garden. the population centers dating closer to the garden is still the turkey and syrian stuff...catal huyuk, natufians etc.

and don't forget the adamites didnt build up a large population...they sent out waves of people instead spreading the "neolithic revolution"
rick warren

Wish you could have been in on the Facebook debate, to help argue whether it was the upper "triangle" [url](78:1.3) https://www.urantia.org/urantia-book-st ... p-result-0[/url] or lower one that they caravaned to. So much cereal grain might be grown on that vast bulging plain in the Euphrates valley floor said I, and probably naturally watered at predictable times. But then they argued there weren't enough of them to defend such a massive piece of land. But it doesn't have to be defended because the rivers protect it on all sides. But then, a clever invader could get around that with an armada of canoes on a calmer-water day. How many were in the caravan we debated, 1,600 or 16,000? Were there trails to Mesopotamia, or did they have to hack their way mostly? How many times were they diverted or stalled on Midwayer advice about avoiding hostile tribes, because of wet weather, children's illness (did they bring their children? Of course they did, they couldn't leave them to be slaughtered). What about animal grazing, getting food for the fandors? Other domesticated animals' needs?

A proponent of the lower triangle theory said: "I checked google earth and the closest distance the two rivers in the North is about 117 miles, where as, North of Baghdad you could make that wall 56 miles between two rivers, the closest point is 19 miles."

Of course rivers meander all the time I said, how can we know? That same debater added this factiod: The lower triangle is about the same size as the First Garden. On and on it went. I think the question is still open, but, all things considered, my gut thinks the lower triangle was the site of the Second Garden.
Makalu

well the person telling you distances was wrong and we dont see agriculture and cities in the lower valley until after the younger dryas flood alluvial deposits there...all of the civilization and culture is in the north and you will need to explain why the adamites were defending themselves from that 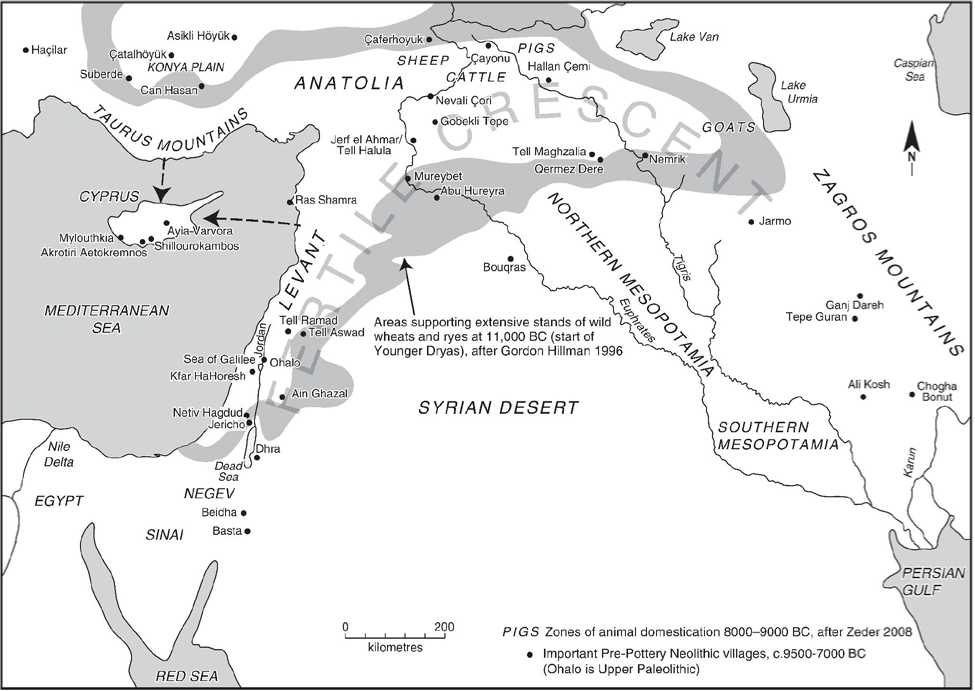 really though rick you should do whatever you're happy with...it's nothing to me except interesting. i'm pretty stuck on gobekli tepe et al. as being the "type of architecture that was not excelled in thousands of years"

Interesting maps, thanks. Unfortunately we can't know the weather patterns 38,000 years ago, which populations must needs follow.

These are maps and comments from a scholarly reader on Facebook, Stefan Talqvist. Sorry that they appear in reverse order.

"I’m sending some of the pictures (Second Eden) that I promised earlier. One is a picture with carefully calculated distance (for scale comparison) between the old Sumerian cities Uruk, Lagash and Nippur:
- Lagash-Uruk: 73.75 km = 45.8 miles
- Uruk-Nippur: 97.04 km = 60.3 miles
- Lagash-Nippur: 136.5 km = 84.8 miles
From coordinates of each of these cities, given by Wikipedia, I have calculated the geodetic distances. I find these distances, seen marked on my picture, to be as above indicated.
The Uruk-Nippur distance is slightly above the UB value of the “wall” given as “fifty-six miles”:
“UB 76:1.3 (847.5) … The two rivers themselves were a good natural defense in those days, and a short way north of the second garden the Euphrates and Tigris came close together so that a defense wall extending fifty-six miles could be built for the protection of the territory to the south and between the rivers.”
=
In the “shuttle radar” picture you might see a line between my two “O” circles, which has a length and position between the rivers, corresponding to the UB description!
My second picture source might be found here:
“The Oriental Institute, University of Chicago, USA. Department of Archaeology, Durham University, South Road, Durham, DH1 3LE, UK (Email: Tony.Wilkinson@ed.ac.uk). Received: 12 November 2004; Accepted: 14 January 2005; Revised: 11 February 2005 . antiquity , 80 (2006): 415–424 415
https://www.academia.edu/…/Using_Shuttle_Radar_Topography_t…
=
The third picture is from a Swedish paper, by the well-known professor of Assyriology, Simo Parpola.
Above the name SUMER, on the map, you might see the name “Gu-edina”!
=
“Environmental Change: The evolution of Mesopotamia (Andrew Sherratt, 2004)”, and the delta land between the Mesopotamian rivers..."

Makalu wrote:really though rick you should do whatever you're happy with...it's nothing to me except interesting. i'm pretty stuck on gobekli tepe et al. as being the "type of architecture that was not excelled in thousands of years"

Yeah, that quote...but nothing definitive on location.

Thanks for bouncing it around. You and I seem to stand alone in still wondering about it.

Gobekli is getting more and more attention!
Makalu

hmm well i'm not sure what the relevancy of triangulating much later sumerian sites is...but we do know that the area around the mouth of the rivers (several hundred miles upstream of where it is now) was occupied by a small group of nodites and we know the sumerians were south of the garden:

The central or pre-Sumerian Nodites. A
small group at the mouth of the Tigris and
Euphrates rivers maintained more of their
racial integrity. They persisted for thousands
of years and eventually furnished the Nodite
ancestry which blended with the Adamites to
found the Sumerian peoples of historic times.

The Sumerians well knew of the first and
second Edens but, despite extensive intermarriage with the Adamites, continued to regard
the garden dwellers to the north as an alien
race.