What It Means to Be Human by Joanna Bourke 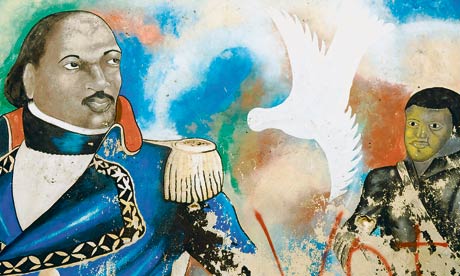 In a speech given in London in 1862, George Francis Train claimed that Africans were inferior to whites on the ground that black people were incapable of blushing. When the American businessman went on to maintain that God had made Africans "the servant of the Anglo-Saxon race", the audience cheered. But it was not just revealed religion that endorsed the belief in a hierarchy of "races" with white Anglo-Saxons at the top. So did the science of the day. The idea that black people were incapable of blushing was, Joanna Bourke tells us, "heavily debated by scientists such as Sir Charles Bell, Charles Darwin and others expert in physiognomy".

Women were similarly assessed by experts in physiognomy, with the late 18th-century Swiss pastor and scientist Johann Kaspar Lavater, chief founder of the putative science, attributing to the female face a capacity for dissimulation, which demonstrated that women "are what they are only through men". Lavater also supported his belief in hierarchy by invoking religion. But here again the appeal to God was followed by an appeal to science, with a promoter of physiognomy writing in the 1880s that, whereas in the past the study of faces had been based on a belief in a divine plan, now "the argument of design is superseded by the principle of evolution".

The idea of racial hierarchy has a distinguished pedigree. Kant believed that "the Negroes of Africa have by nature no feeling that rises above the trifling", while Voltaire promoted a version of the pre-Adamite theory according to which Jews were remnants of an older, pre-human species. Auguste Comte, one of the founders of positivism – a movement that had a formative influence on John Stuart Mill and George Eliot, among others – was a supporter of phrenology who believed social science should be based on physical laws. Implementing Comte's programme, the criminologist Cesare Lombroso argued that law-breakers were reversions to ape-like species that could be identified by facial characteristics and the shapes of their heads. Techniques based on these ideas were used in courts in a number of European countries before the first world war and through the interwar period, and it was only with the defeat of nazism that the theories were discredited. There was not much opposition to "racial science" within science itself.

Like religion, science is commonly the servant of power. The hierarchies that so many scientists imagined to be rooted in biology were reflections of social structures that have since been challenged, and in some degree altered, as the balances of power in society have shifted. The interplay between power relations and ideas is an inexhaustibly interesting area of inquiry, but cultural history has been neglected in English-speaking countries, with many historians disdaining it as a type of dilettantism and historically illiterate philosophers analysing concepts as if they come from nowhere. Despite these obstacles the history of ideas has some notable practitioners, including Joanna Bourke. Fear: A Cultural History (2006) and Rape: Sex, Violence, History (2007) range over the whole of culture and are infused with an acutely observant intelligence. They are examples of that rarest of things – deeply scholarly books that are a joy to read.

In What It Means to Be Human Bourke addresses what, from one point of view, must be the biggest subject of all – the question of human identity. She starts by noting that distinctions between humans and animals are not fixed or impermeable. "The boundaries of the human and the animal turn out to be as entwined and indistinguishable as the inner and outer layers of a Möbius strip." Marking these boundaries is not a neutral exercise in establishing the facts – it is an exercise of power, which can be contested.

Please go HERE to see the rest of the article

1:6.1 Human personality is the time-space image-shadow cast by the divine Creator personality. And no actuality can ever be adequately comprehended by an examination of its shadow. Shadows should be interpreted in terms of the true substance.