Happiness and a High Standard of Living

CAROL GRAHAM, Brookings Institution: We need more metrics to fully understand human well-being and human welfare and how to advance it.

FAW: In other words, happiness, the subject of a torrent of recent books from the Dalai Lama to Harvard’s ex-president. Even in the academic world, “happiness” has become a cottage industry.

GRAHAM: There’s a search for a new paradigm with the financial crisis and the sense of were our fundamental’s wrong? Were we chasing the right goals?

FAW: The tiny country of Bhutan now actually uses “gross national happiness,” a survey that measures the quality of life there. France and England are also trying to include “happiness” when assessing their economies. International business consultant and author David Rothkopf: 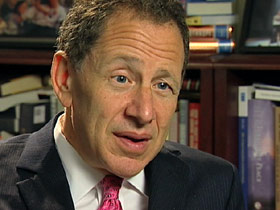 DAVID ROTHKOPF: Something like happiness, it sound frivolous, but it’s not frivolous. The purpose of society is to create a better quality of life for all the people. It’s not to create the highest amount of aggregate wealth.

FAW: From the sublime moment of an artist in a performance, to children playing blissfully, to church-going ladies displaying their Sunday-best, we know what happiness looks like. But what exactly is it? For the last eleven years Carol Graham has tried to measure happiness.

GRAHAM: We’re getting a handle on this. There’s a new science of measuring it. We haven’t cracked all the codes and it’s not an exact science by any means but we do find some very consistent patterns.

FAW: The fabulously successful internet pioneer and sports team owner Ted Leonsis had to learn what brings happiness the hard way. As a young man, he literally made a fortune, and found it was not enough. 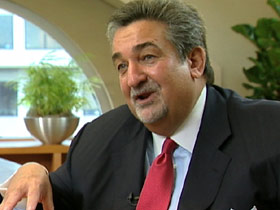 TED LEONSIS, entrepreneur : Maybe you’re lucky and you can start your own business and take it public and sell it, make a lot of money, and declare victory. And I did that in a really compact amount of time, and you get there and think: Is that it? Is that what the dream was all about? It’s not as fulfilling as you were told it would be.

FAW: So after a near-crash in an airplane, Leonsis vowed to seek not wealth, but happiness.

In his book, Leonsis outlines five steps to happiness. One of them: Empathy. For example, after making a harsh statement about his cleaning crew.

LEONSIS: I called a meeting and I said, “Look, I apologize. Teach me what your job is. I want to clean the building. I want to walk a mile in your shoes.” 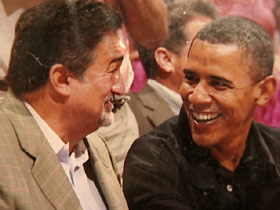 LEONSIS: It really taught me a lot. It’s a year later. No one in our company of 1500 people ever talks about me sitting next to the president of the United States. But they all reference when I cleaned the women’s bathroom and showed empathy.

FATHER JONATHAN MORRIS, St. Patrick’s Old Cathedral: Part of finding out who we are and flourishing at the deepest levels of who we are, has to do with helping my neighbor. And that’s part of really tapping into this notion of a search for meaning and purpose and the pursuit of happiness.

FAW: From the beatitudes of Jesus in his Sermon on the Mount, philosophers and poets agree true happiness is rooted in a higher calling. That is possible only, says Father Morris, through “a union with god.” 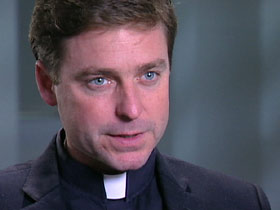 FATHER MORRIS: Which means connecting to my very origin, my essential origin and somehow developing a relationship with him that gives us purpose, a special type of purpose, and then gives us joy.

FAW: In his blueprint for happiness, even Ted Leonsis, hardly an avid church-goer, says stay in touch with a higher being.

ROTHKOPF: What could we do to improve the quality of people’s lives? Is it education, health care, rewarding jobs, environment? You find there are a lot of measures of quality of life and you find the countries that do better than we do, in terms of those metrics of quality of life, actually have an approach towards government where government sees its role as providing those things.

FAW: Even hard-headed businessman Leonsis agrees we should focus less on things like the gross national product and concentrate more on what really matters.

LEONSIS: You don’t necessarily win if you’re successful. There’s lots of miserable wealthy people. There’s way more people who if they focused on their communities, their giving back, they’d be much happier in their life.

TruthBook has a comprehensive study on Urantia Book teachings about Happiness