After Sept. 11, religion can no longer be ignored 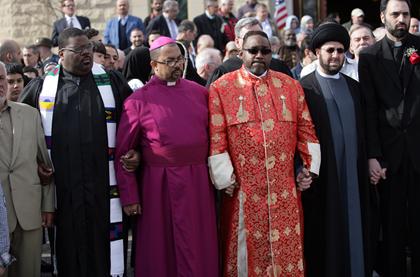 CAPTIONBy William Archie"Religion, at last, can no longer be ignored."

That was one of five "unintended, unforeseen" consequences of 9/11, according to historian R. Scott Appleby of University of Notre Dame.

Reporting on the spiritual impact of 9/11 has given me the chance to talk longer with Appleby and with theologian and psychologist Fraser Watts who raises the provocative idea that religion can be "healthy or unhealthy.

Appleby, who co-chaired the Chicago Council on Global Affairs and Task Force on Religion and the Making of U.S. Foreign Policy, also directs "Contending Modernities," a program examining the interaction of Catholic, Muslim and secular forces in modern world.

His five points began with the tidal shift in views on religion in academia and politics. Following World War II the dominant view was that religion would inevitably give way to secularism, become privatized and be increasingly irrelevant in the public square. That "secular myopia" vanished "when 9/11 made it palpably clear that religion does matter in all these realms." 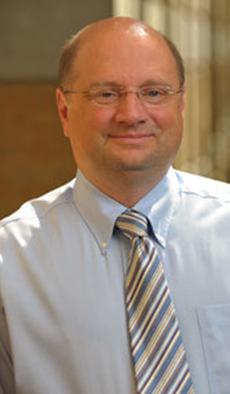 Fraser Watts, an Anglican priest, theologian and psychologist, centered his talk on the response to the terror attacks by Rowan Williams, Archbishop of Canterbury, head of the global Anglican Communion. 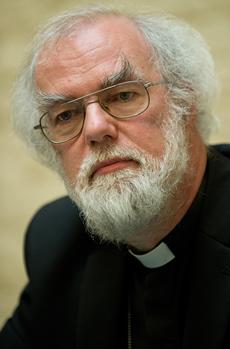 CAPTION2010 photo by Leon Neal, AFP/Getty ImagesWilliams, then a bishop, was visiting Manhattan on 9/11 when the planes hit the towers two blocks from where he stood.

Williams later wrote that he wrestled with how to answer the theodicy question -- where was God when innocents died in his name? And his answer is very true to the Anglican tradition that does not see God intervening in human history.

Williams chooses to emphasize the presence of God in the sacrificial actions of first responders who "practice living in the face of death." This is a religiosity that doesn't recruit God to fix woes but rather sees God in how humans live with and through crises, says Watts.

The archbishop wrote that we all have to live with a "new kind of global vulnerability" and the experience can "open a door into the suffering of countless other innocents."

Says Watts, "Seen in this light, 9/11 is a spiritual and psychological challenge, as well as a political and military one. Living without defenses is always a challenge. Mature, healthy religion tries to rise to that challenge," so that a time of grief can point to a time of growth.

What role DOES religion play in society? Have a look HERE