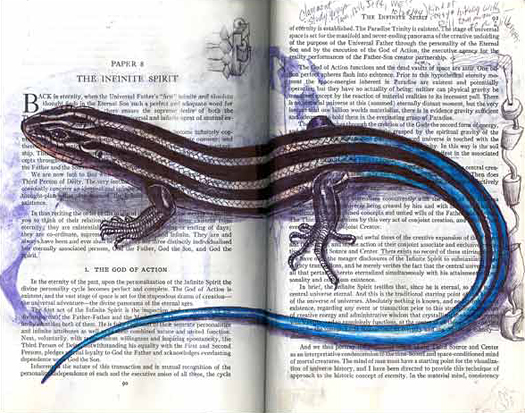 Among the land animals the frogs reached their climax in the preceding age and rapidly declined, but they survived because they could long live even in the drying-up pools and ponds of these far-distant and extremely trying times. During this declining frog age, in Africa, the first step in the evolution of the frog into the reptile occurred. And since the land masses were still connected, this prereptilian creature, an air breather, spread over all the world.